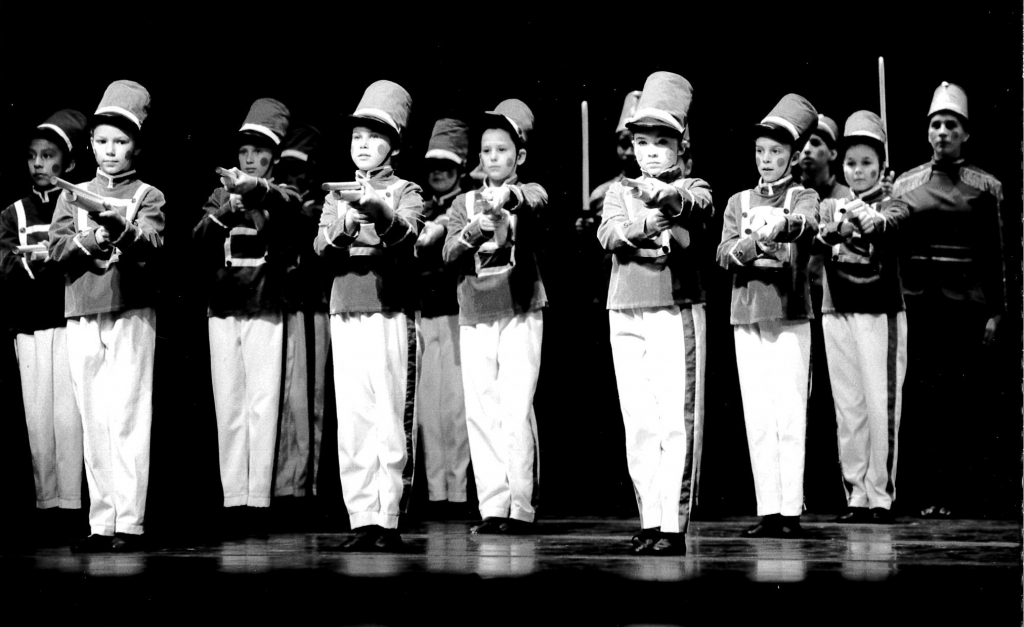 TULSA, OK – Tulsa Ballet to host the first annual The Nutcracker Alumni Association Dinner on December 21st at The Westby Pavilion to celebrate the rich history of the last fifty years.

With fifty years under the belt and over 100 cast members in each production, there are a lot of people who have been in Tulsa Ballet’s The Nutcracker. Hundreds of baby clowns, mice on cheese, and toy soldiers have been a huge part of the rich history behind these last fifty years. Some have grown up and moved away, some have now made attending the performance a yearly family tradition, some even have generations after them who have all been in The Nutcracker, and some have even gone on to stardom (Kristen Chenowith was in Tulsa Ballet’s The Nutcracker as a rabbit when she was young).

Because of such a long rich history including so many people, Tulsa Ballet wanted to create a group where alumni can share memories, swap photos, and reunite every year during a special alumni night with dinner that includes old photos, special guests, and commemorative alumni gear. Alumni can also join The Nutcracker Alumni Association Facebook page to reunite with previous cast members through social media and see photos of performances from as far back as 1969.

Georgia Snoke, President Emerita, Historian, and former dancer with Tulsa Ballet, reminisces about her days of dancing in The Nutcracker.

“I was in the very first performance of Tulsa Civic Ballet in 1956,” Georgia says. “Fast forward a generation: Our daughter Heather, at age four, became the first ‘Baby Angel’ in The Nutcracker. Fast forward another generation: in the Angelini choreography, I danced as the Ballet Mistress and the Head Housekeeper in the first act, thereby being on stage with all five of my grandchildren from one time or another.”

Since creating this Alumni Association, Tulsa Ballet has received numerous messages about the stories of children who were in The Nutcracker who are now grown with children of their own in the production. Cheryl Forrest, President Emerita, Chief Historian, and former dancer with Tulsa Ballet, recalls dancing in the first full-length performance of The Nutcracker  in 1969. “I was in Land of the Snow and in the Coda,” Cheryl says. “Many years later, when married with children, I was able to enjoy watching my daughter Stephanie as Mouse on Cheese for two years, Mouse for two years, and Gun Soldier for two years. It has been such fun finding and identifying the photos from that original production, as well as photos from the many productions since.”

About the incredible half-century run of The Nutcracker, Artistic Director Marcello Angelini says,  “I wouldn’t be surprised if the total number of people that interacted with our The Nutcracker during its 50 year run is close to a million.”

Alumni of Tulsa Ballet’s The Nutcracker can join the Facebook group @TBNutcrackerAlumni and join the Alumni by filling out a form at TulsaBallet.org. Alumni Association Night will be Friday, December 21st starting with a dinner at The Westby Pavilion inside the Tulsa Performing Arts Center starting at 5:00pm, followed by the performance of The Nutcracker at 7:00pm. A special Alumni Association section has been blocked off for this special night. Alumni can purchase a variety of packages for the night that range from performance-only tickets to VIP Packages that include Golden Circle seating, backstage experience with a dancer meet-and-greet, a commemorative t-shirt, and a special edition Alumni Association nutcracker.

WHEN AND WHERE: Friday, December 21 at The Westby Pavilion inside Tulsa Performing Arts Center. Dinner begins at 5:00pm, performance begins at 7:00pm.
TICKETS: $50 – $200 | http://bit.ly/nutcrackeralumnidinner
FOR MORE INFORMATION:  tulsaballet.org or 918.749.6030