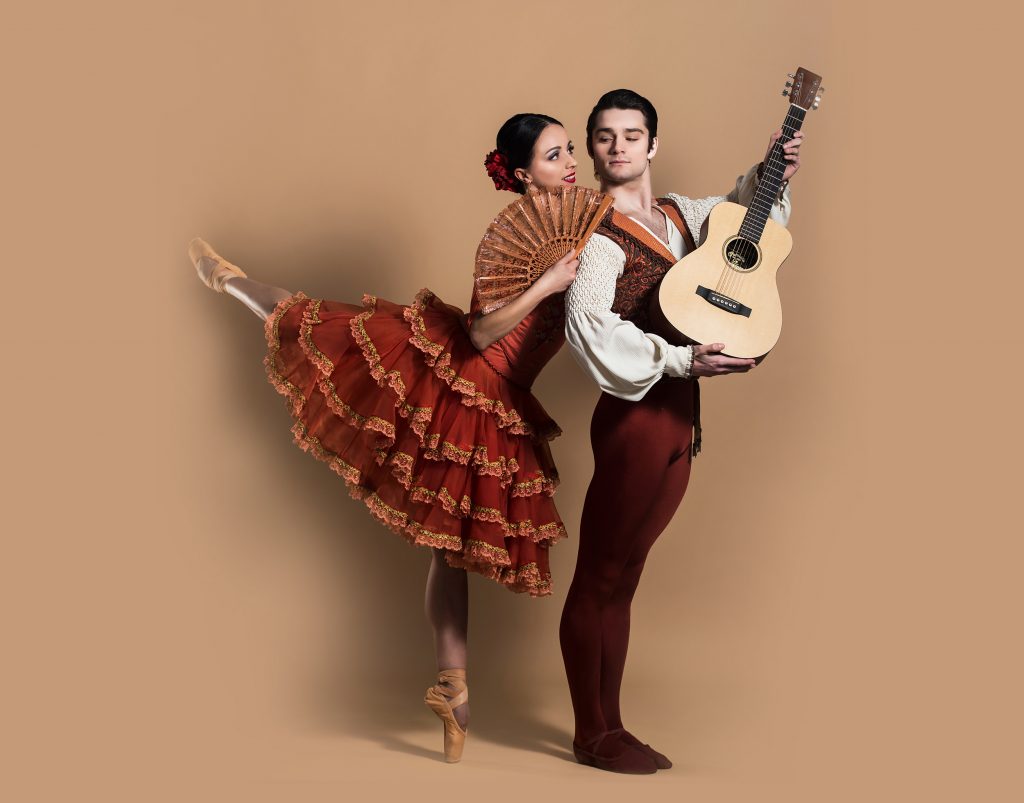 AFTER A DECADE, THE CLASSIC BALLET DON QUIXOTE RETURNS TO TULSA

TULSA, Okla. – October 2017 – Tulsa Ballet will present one of the most famous classical ballets, Don Quixote, November 3-5 at the Tulsa Performing Arts Center. The production returns to the Tulsa stage again after ten years and follows the wild and crazy Don Quixote and his sidekick Sancho Panza as they chase after Kitri and Basilio, the forbidden lovers. Based on the timeless book by Miguel de Cervantes, this 19th century classical ballet is one of the most entertaining and hilarious performances in ballet repertory.

Tulsa Ballet Artistic Director Marcello Angelini says, “The first performance of Don Quixote dates back to 1869 and was choreographed by the master of classical choreography, the same gentleman who created Swan Lake (at least half of it) and The Sleeping Beauty:  Marius Petipa.  Petipa is known as the father of classical ballet and classical choreography. To this day he continues to influence the way classical ballets are structured.”  Petipa invented many of the steps used in classical ballet; the storytelling aspect of full evening ballets, the use of patterns, the geometry of large groups and the general flow of a story ballet can all be traced back to this master of the 19th century.

Tulsa Ballet will perform Anna-Marie Holmes’ version of this classic for the third time.  While her version is very true to the Kirov Ballet’s version, which is the Alexander Gorsky revised 1902 version of the Petipa ballet, she has made some changes.  Angelini adds, “The original work was a ballet in five acts and eleven scenes.  You would basically need to bring breakfast to the theater as by the time the curtain comes down on the last act, it would be sunrise!” Anna-Marie Holmes streamlined the production to flow in three acts with a total duration of around two hours and fifteen minutes, including intermissions.  She edited out all the dances that are peripheral to the story, keeping the most exciting moments that showcase the dancer’s technical and artistic ability. The story is told efficiently and the energy is maintained.  Mr. Angelini says, “Of all the productions I have seen, her rendering is the most economical yet exciting of them all!”

Don Quixote will also feature some exciting guest performers. Alfonso Martin, originally from Spain, danced the lead role of Basilio when he was a Principal Dancer for Tulsa Ballet and will step out of retirement to perform as Don Quixote. Mr. Martin is excited about returning to the stage once again for his favorite ballet. Additionally, Mr. Angelini’s brother, Stefano Angelini, will be flying in from Italy to perform in the role of Sancho Panza. Like their father, Stefano Angelini was a dancer at the Teatro San Carlo for the entirety of his career. Mr. Angelini finds it important to have mature dancers performing these roles to provide the right balance between youthful energy and humor. He says, “Stefano danced his first professional performance when he came to visit me, 32 years ago, in London where I was dancing The Nutcracker with Northern Ballet Theater.  A dancer got injured and he was hired to replace him for the next six weeks of tour. Now he will probably dance his last performance here in Tulsa, visiting his brother once again.”

Don Quixote will be brought to the stage for three performances only and will once again feature the sweeping score by Ludwig Minkus performed by the Tulsa Symphony Orchestra. Patrons are encouraged to arrive thirty minutes early to take part of the free Pre-Performance Discussion in the Westby Pavilion featuring unique insights from artistic staff. Tickets start at just $25 for select performances and more information can be found at tulsaballet.org.

Tickets to Don Quixote start at $25 for select performances.