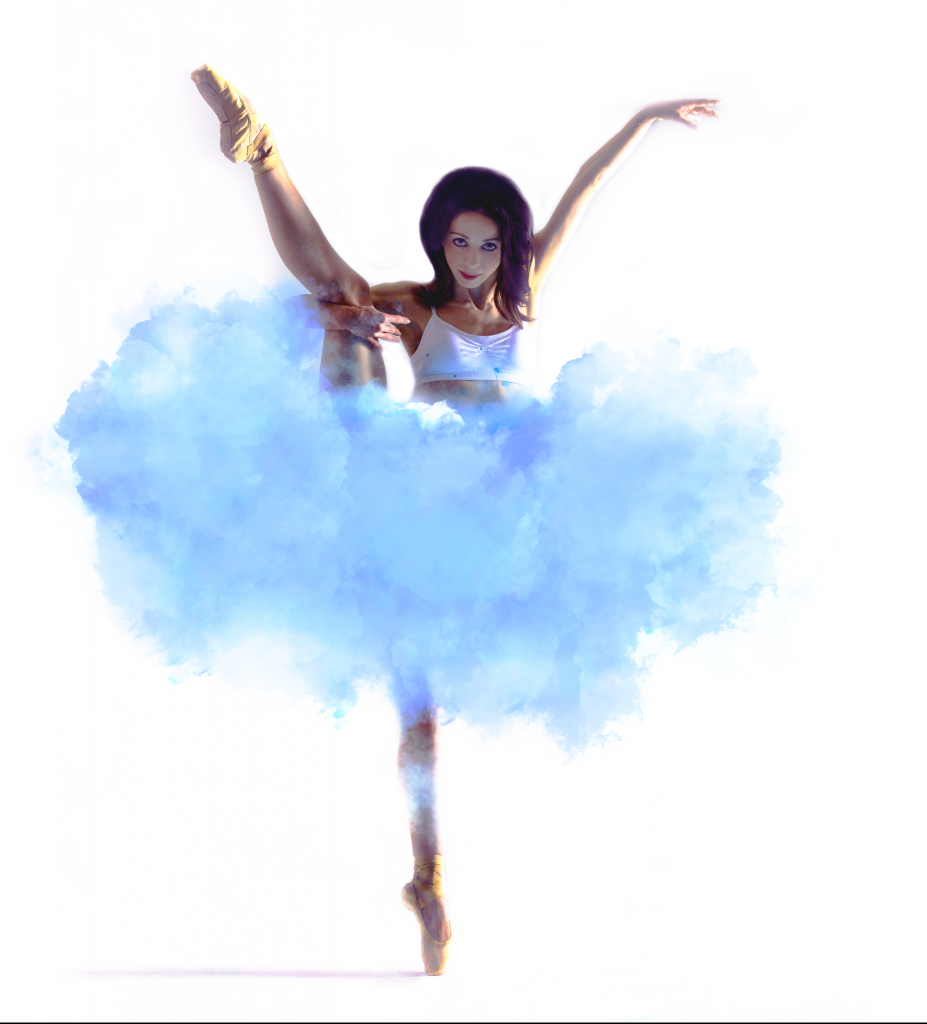 TULSA, Okla. – August 2018 – Tulsa Ballet launches its annual Creations in Studio K September 14-23, 2018, held at Tulsa Ballet’s intimate performance space, Studio K, on Brookside. Since its opening in 2008, Studio K has become one of Tulsa’s most unique performance venues. With only 295 seats and a full sized stage, Studio K provides the opportunity for Tulsans to witness the power and athleticism of professional dancers up close and personal. The program is dedicated to furthering innovation in dance by commissioning new works from renowned choreographers from across the world. Artistic Director Marcello Angelini says, “To celebrate the twelfth year for Studio K, we came up with a very special program that includes groundbreaking projects and exciting new works.”

One new initiative Angelini instituted for the Creations program is to empower the dancers with artistic choice. For the first time in the history of the company, the dancers were given the opportunity to choose their favorite work to perform again. The dancers voted to reprise Second to Last by Alejandro Cerrudo, which was last performed in 2016.

This year will also mark the first creation for the main company by Choreographer Jennifer Archibald. Archibald has created two works for the second company TBII, OMENS and Morning Light. Archibald is the Founder and Artistic Director of Arch Dance Company as well as Resident Choreographer for Cincinnati Ballet. She has created works for Atlanta Ballet, Alvin Ailey, Kansas City Ballet, among many others. Archibald has also worked commercially for brands such as Tommy Hilfiger, Nike and MAC Cosmetics. Angelini says, “The piece Jennifer is creating for the company is stunning. It’s primal in movement, grounded, abstract and yet full of drama. It’s energetic, powerful and has a very distinctive physicality. The dancers love working with her and I am very confident the audience will be at the edge of their seats watching her work.”

Another new initiative for Creations in Studio K centers around collaboration. Through a partnership between the Philbrook Museum of Art and Tulsa Ballet – the first of its kind – the two arts organizations will create a groundbreaking project that combines the performing and visual arts. This new work will feature the creative efforts of three great artists: composer and musician Ryan Lott, of Son Lux, has composed a brand new score for the piece; visual artist and painter Eric Sall will be creating new paintings for the work; and Tulsa Ballet Resident Choreographer Ma Cong will be creating the choreography. At every performance, Mr. Sall will be on stage with the dancers, starting with an over-sized blank canvas. The ballet begins with a dancer striking the canvas with a brush of color. With the inspiration drawn by this first stroke, Mr. Sall will be creating a brand-new painting every night. Tulsa Ballet will start the first performance of every week with five blank canvases on the stage and by the end of the weekend, all canvases will be completed, gracing the stage and interacting with the dancers.

The Creations in Studio K program will conclude with its last performance on the lawn of the Philbrook Museum of Art on September 29th. All eleven canvases will be on display. Angelini says, “I don’t think anything like this has ever been attempted. Ma Cong will have to choreograph around very large canvases moving about the stage and Eric Sall will have to start and finish a piece of art every night, in just twenty minutes. This is a very exciting and somewhat scary project for all of us!”

Creations in Studio K opens September 14 at Tulsa Ballet’s Brookside theater with performances through September 23. Tickets start at $25 and can be purchased by calling (918) 749-6006 or online at www.tulsaballet.org.

Jennifer Archibald is the Founder and Artistic Director of the Arch Dance Company and Program Director of ArchCore40 dance intensives, and is at the forefront of today’s dance generation of choreographers and dance educators. Having graduated from the Alvin Ailey School and the Maggie Flanigan Acting Conservatory where she specialized in the Meisner technique, she draws on a variety of techniques, experience and styles. She has presented Arch Dance Company nationally, having been awarded two National Performance Network grants; and has performed by special invitation at notable dance festivals country wide.

Ms. Archibald has staged off-Broadway shows and has choreographed professional theater company musicals. She has worked with chart-listed musicians and actors as a movement specialist and choreographer. She is currently on faculty at STEPS on Broadway, Broadway Dance Centre, Ailey Extension, Gibney Dance and CAP 21 America’s Musical Theatre Conservatory in New York City. She has been on faculty at the Bates Dance Festival, Broadway Theater Project and Florida Dance Festival, Complexions, Dallas Black Dance Theatre and Howard University Intensives.

Alejandro was born in Madrid, Spain and trained at the Real Conservatorio Profesional de Danza de Madrid. His professional career began in 1998 and includes work with Victor Ullate Ballet, Stuttgart Ballet and Nederlands Dans Theater 2. Cerrudo joined Hubbard Street Dance Chicago in 2005, was named Choreographic Fellow in 2008, and became the company’s first Resident Choreographer in 2009. Additional honors include an award from the Boomerang Fund for Artists (2011), and a Prince Prize for Commissioning Original Work from the Prince Charitable Trusts (2012) for his acclaimed, first evening-length work, One Thousand Pieces. Cerrudo is one of four choreographers invited by New York City Ballet principal Wendy Whelan to create and perform original duets for Restless Creature and he was recently announced the 2014 USA Donnelley Fellow by United States Artists. Second to Last is a kinetic and luscious modern work filled with five duets and features music from Phillip Glass and Arvo Pärt. Cerrudo writes the entire dance was conceived as a study, to explore “choreographic possibilities within the duet form,” and that it wasn’t his intention to explore relationships. “It was movement research, rather than trying to look for that specific feeling.”

Ma Cong has been widely recognized by the dance world as a passionate, bright, and inspired rising star choreographer. Critics have described his choreography as powerful and passionate.

Ma is the Resident Choreographer of Tulsa Ballet, and continues to create and stage his existing works for companies internationally. Having started his dance career at the Beijing Dance Academy, where he trained in the art of Chinese Classical dance, Ma soon discovered his love for ballet and went on to graduate with honors. Ma danced with The National Ballet of China from 1995 until 1999, prior to joining Tulsa Ballet.  During his 12-year tenure at Tulsa Ballet, he quickly rose to the rank of Principal Dancer.  Ma was one of the most celebrated and loved Artists in the history of the company.

As a choreographer, Ma launched his career with Tulsa Ballet creating Folia in 2004 and has created many original works for many other groups around the world. For last two years, Ma Cong had world premiere works presented Internationally. He created his first original full-length ballet – The Crane Whisperer for The National Ballet of China which will make Germany debut in July 2017, he also created his brand new Four Seasons for the company to premiere at The 2nd China International Ballet Season. Ma’s most recent work Flight of Fancy for Tulsa Ballet became one of audience favorite works. Ma Cong continues to be in demand worldwide for his unique talent and creations. Ma was selected to choreograph the Broadway production of Julie Taymor’s M. Butterfly, which made its premiere in October of 2017 at the Cort Theater in New York City.

A mixed repertory evening of two world premiere ballets from Jennifer Archibald and Ma Cong and the return of Alejandro Cerrudo’s Second to Last.

Tulsa Ballet will host the second annual Brookside Block Party at the Ballet, Thursday September 20th from 5:00-7:30pm. The event is free and open to the public and will feature live music from Grazzhopper, craft beer, and food trucks Mr. Nice Guys Tacos, Okie Goodness Pizza, and Big Dipper Creamery. Local vendors will include Philbrook Museum of Art, Ida Red, Dillon Rose, and more. The Tulsa SPCA will be on site with their adoption truck. There will be children’s crafts and activities as well. Guests are invited to stay for the Creations in Studio K performance that evening at 7:30pm. Discounted tickets are available for Thursday night’s performance of Creations in Studio K.