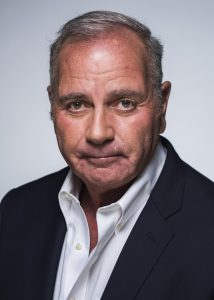 Tom Domenici joined the Tulsa Ballet as its Tour Manager this past Spring for the company’s trip to Europe and its very well received performances in Verona, Pordenone, Seville, Civitanova, Lugano and Torino. He has been the Company Manager for multiple seasons with The Washington Ballet, International Tours of Pilobolus Dance Theatre, numerous Broadway shows and National Touring productions including The Phantom of the Opera, Miss Saigon, Ragtime, State Fair, Chicago and Riverdance. He has also served as the Company Manager for regional theatre companies; The Signature Theatre in Arlington, VA and The Williamstown Theatre Festival in Williamstown, MA. Tom is from New Rochelle, NY, a graduate from the Syracuse University Drama Department and began his career as an NBC Page followed by working for the NBC Television Network both in New York and Burbank.