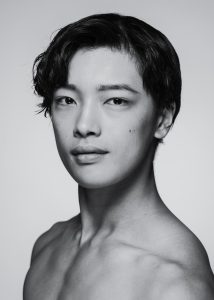 Born in Osaka, Japan, Jun Musada received his earliest dance training with Keiko Nakagawa at the Variation Ballet School.  He graduated from the renowned Académie Princesse Grace in Monte Carlo, Monaco, after three years of training under the direction of Luca Masala.

Jun has won numerous prizes and accolades for his dancing, including the Gold Medal at Youth America Grand Prix and the Silver Medal at the Varna International Ballet Competition.

His performances have been seen at the Lincoln Center in New York City and at the Dance Open World Ballet Stars Gala in Saint Petersburg, Russia.