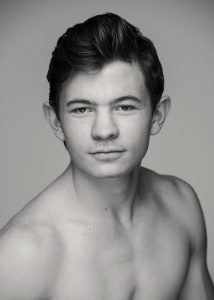 William Jackson Beckham received his ballet training at Master Ballet Academy under the direction of Slawomir and Irena Wozniak and Zherlin Ndudi. He won the first prize and the “Promising Young Dancer” award at the Varna International Ballet Competition in 2016. William has appeared as a guest performer in Tel Aviv and Beijing and with the Phoenix Ballet in Poland. After joining Tulsa Ballet II in 2017, he was promoted to main company the following season. William has worked with noted choreographers such as Jennifer Archibald, Ma Cong, Penny Saunders, Rasta Thomas, and Travis Wall.