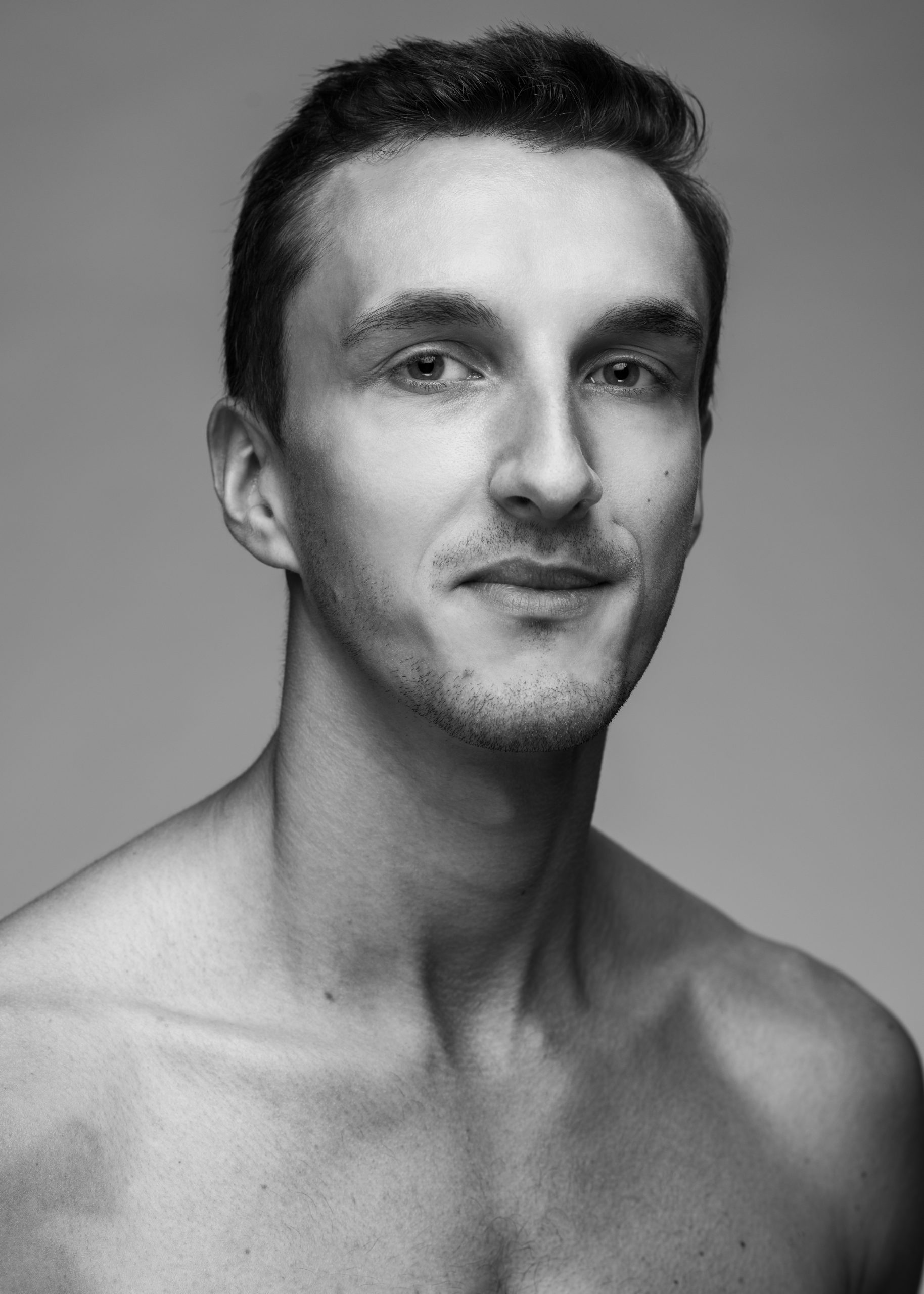 Born in Poland, Łódź, Marius Morawski graduated from the State Ballet School in his hometown. As a student, Morawski won several national and international competitions. He participated in various dance workshops such as Ellison Ballet Summer Intensive, Arts Ballet Theater of Florida, Dance Open Festival and many others. In 2017 he joined the Finnish National Ballet Junior Company and after two years was promoted to Corps de Ballet, where he danced demi soloist roles in ballets such as La Bayadere (Makarova), Infra (McGregor), Carmen (Scarlet) and has performed in works by A. Ekman, J. Neumeier, A. Bournonville, C. Carlson, P. Bart, J. Elo, A. Preljocal, V. Caniparoli among others. As a young choreographer, Morawski has presented his own creations at many different dance galas in the Czech Republic, Russia, Belarus, Hungary, Poland, TV shows and won 1st place and 4 special prizes at the IX International Choreography Competition in Poland. He holds a Master of Arts degree in Dance Pedagogy from Chopin University of Music in Poland. Since he joined Tulsa Ballet in 2021, he danced in repertoire by A. Lopez Ochoa, Y. Yanowsky, A. Blankenbuehler, K. Kozielska, A. McNicol, M. Cong, I. Galili, M. Angelini.