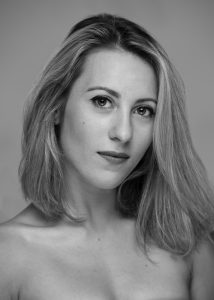 Originally from Terni, Italy, Giulia Neri began her studies at the La Scala Theatre Ballet School in Milan, Italy and continued at the Cranko School in Stuttgart, Germany. After graduating from the English National Ballet School in 2013, she joined the Daniele Cipriani Entertainment Ballet Company as a Soloist. While in Italy, Giulia performed a variety of works including leading roles such as Swanhilda in Coppélia and Clara in The Nutcracker. Since joining Tulsa Ballet in 2017, Giulia has performed the Spring Fairy in Ben Stevenson’s Cinderella, the Young Girl in Kurt Jooss’ The Green Table, and various demi-soloist roles in Derek Deane’s Strictly Gershwin.