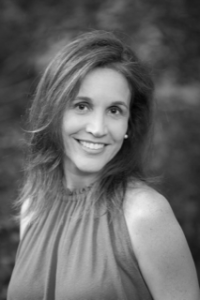 Born in Brazil, Ludmila started her ballet training at the Escola de Balé do Teatro Castro Alves where she passed the Major Examinations of the Royal Academy of Dance of London. She also passed the classical and the character Dance Education Syllabi of the  Academy with Honors and received a full scholarship for the last two years of her studies. She continued her studies at Ellis-DuBoulay School of Ballet and Hubbard Street Dance in Chicago, Illinois. Her most memorable performances include the role of Helen in A Midsummer Night’s Dream and the flute dance in La Fille Mal Gardée in the classical repertoire, the contemporary works of Rhapsody in Blue and Trem Caipira and the Martha Graham inspired choreography Floresta Amazônica.  Her dance teaching career started at the Escola de Balé do Teatro Castro Alves where she prepared students for some of the R.A.D. examinations, and at Fundação de Ballet da Bahia where she taught ballet classes under the direction of Pamela Richardson, R.A.D.  In the United States, she obtained her master’s degree in Applied Behavioral Studies from Oklahoma State University, and, recently, in an attempt to further her dance studies, she traveled to London and attended classes at Rambert and at the Royal Academy of Dance.