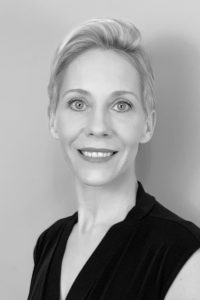 Ari Christopher is a dancer, choreographer, educator and founding Director of Tulsa Modern Movement. Ms. Christopher’s work generally centers around themes of identity and belonging – asking questions about race, gender, and privilege in America – and themes related to our humanness and connection to each other and the earth. Her choreography has been commissioned by Crystal Bridges Museum of American Art, Tulsa Artist Fellowship, and ahha Tulsa, among others; and won Best of Fest at Exchange Choreography Festival in 2016.

Ms. Christopher attended the BFA Dance program at Marymount Manhattan College in New York City, where she trained with Merle Holloman (Limón Company), Lone Larsen (Graham Company), and Gerald Otte (Nikolais Dance). She has performed for McDuffie/Jones and Vanessa Paige in works presented at New York venues such as the Downtown Dance Festival, the 92nd Street Y, and Soundance, as well as with Tulsa choreographers Megan Miller and Alicia Chesser, among others. She continues her professional development by studying with masters in the field and participating in collaborative endeavors with professionals from a variety of disciplines.

Ms. Christopher is honored to have been awarded a Greenwood Art Project grant funded by Bloomberg Philanthropies to activate civic healing around the 100-year mark of the Tulsa Race Massacre. Her project, premiering May 2021, is a dance film called “This Car Up” that explores the relationship between Sarah Page and Dick Rowland in the Drexler Building elevator – the catalyzing event of the 1921 Tulsa Race Massacre. The film investigates the politics of these bodies in contact – white woman, black man – while exploring alternative narratives and different possible scenarios of their interaction.