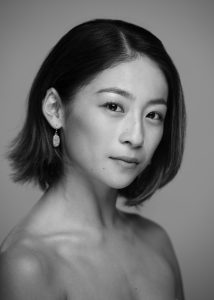 Maine Kawashima trained at The Marat Daukayev School of Ballet in California. She continued her training with Pittsburgh Ballet Theater’s Graduate Program from 2012-2014 and joined Tulsa Ballet as an Apprentice in 2014 where she was promoted to Soloist in 2019. Her repertoire includes featured roles in George Balanchine’s Who Cares? and Serenade, Amore in Don Quixote, Peasant Pas in Giselle, Derek Deane’s Strictly Gershwin, David Dawson’s A Million Kisses to My Skin, Wayne McGregor’s Infra, Val Caniparoli’s Prawn-watching, and leading roles in Alexander Ekman’s Cacti, Nacho Duato’s Rassemblement, and Kurt Jooss’ The Green Table. Maine has been in new creations choreographed by Annabelle Lopez Ochoa, Andy Blankenbuehler, Helen Pickett, and Ma Cong among others. Dance Magazine featured her as one of their “25 to Watch” in 2018.